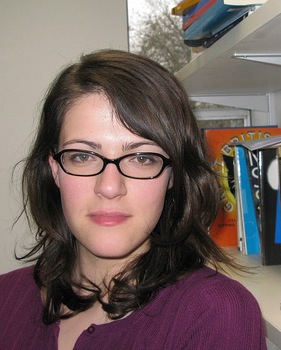 Geographically, I’m a Londoner. In terms of my scientific background, I don’t really have one other than a tiny bit of 1st year undergrad chemistry. I make no pretense to be a scientist. However, I do see myself as part of the scientific community, as long as you define scientific community quite broadly (which I think you should). I’m a sociologist and social historian, so I’m interested in people, it just happens that the particular thing about people I find the most fascinating is when they try to talk to each other about science.

I teach science communication at Imperial College most of the week, and do a bit of freelance science writing, science communication consultancy and research with the rest of my time. In the future, I may go back to academia fulltime, or back to focus exclusively on more practical work, but I quite like the mix (I’ve find doing a bit of one helps with the other) even if it can be hard to juggle at times.

I got into science communication when I was 16, though I didn’t realise this until I was a bit older. I did some press work in tech policy and some theatre in education work on mental health issues, and then I got a full time job as an Explainer at the Science Museum (I basically got paid to stand around and chat to kids about physics, sometimes I’d make paper planes or do a show where I had to set fire to bubbles or get kids to sit on a chair of nails… it was a fun job!).

I ended up doing a degree on the history of science, and then another on the sociology of education, and then a PhD on children’s science books. I kept working throughout this: part-time at the museum, but also some freelance writing. I had a job working for the UK’s National Year of Science website, which I guess was my first real work in online science (c.2001-3). After my PhD, I was lucky enough to get a lectureship at Imperial, and I developed courses for their MSc in Science Communication on science’s interactions with fiction, children and online media, as well as bringing some more sociology and policy into the core course. I went part-time last year, taking a post which involves working with scientists more, and has allowed more time to write professionally.

What is taking up the most of your time and passion these days?

I’m about to spend two months in North America – mainly DC, but some time in Ottawa, Toronto, Philadelphia, Chicago and New York. I want to spend most of my time focusing on writing up some research, but I hope to learn more about the similarities and differences between UK science communication and the cultures in the US and Canada while I’m there.

Back home in London, I seem to keep getting pulled into a whole load of science-themed scrapes and japes like running events or producing charity calendars… (generally agreeing to stuff late at night in the pub and then later crying over the length of my to do lists).

I have an idea for a book, but I think I’m going to come back to that in the summer and see if I still like the idea before taking it further. I have a couple of ideas for academic research projects too, but I’m keeping quiet about them for now.

Um… All of it? Or at least a load of different bits of it. When I characterise my research interests for my CV I tend to say I’m interested in science writers, with a particular focus on those who write for children, and those who write online. In reality, my interests stretch a lot further. As a teacher, I cover a fair bit of public engagement and other ideas about the rights and wrongs of science communication, as well as some science policy and things like the use of fiction or humour in science communicaiton.

How does (if it does) blogging figure in your work? Do you find all this online activity to be a necessity in what you do?

In a similar interview to this, I once said that I blog to play around with an idea and/or keep a record of things I’ve done, in the hope that doing so in public will be useful in some way. I’d stick with that.

I was thinking more about why I blog after ScienceOnline2011, and I think it’s because I like conversing with people. It’s the possibility for interaction and mutual learning. I know that sounds cheesy, but it’s true. I also love the possibility for serendipitous discovery online. I take all the talk of echochambers, etc, and I think it’s important to think about Balkanisation of online niche communities, but digital communication does also allow for an awful lot of accidental stumbling upon awesomeness (and awesomeness accidentally stumbling upon you).

… and yes, it’s a necessity because it’s what I work in. Blogging is a research object for me, by which I mean it’s something I look at, as well as something I do for myself.

You know, I don’t remember? Um… I guess I first discovered blogs a bit over a decade ago, and kept an eye out for science ones. I remember writing an essay as an undergrad about online communities of fossil enthusiasts c.2001 but I don’t think I looked at any blogs. I suppose I started reading more of them as there were more, and then engaging with the online science writing community a bit more actively when I had to develop a course on science online about two years ago. It was developing that course that pulled me into the community properly, for sure.

What was the best aspect of ScienceOnline2011 for you?

Meeting people! Even the embarrassment of realising that I’d just greeted Brian Switek with ‘OMG you’re Brian the Dino Man’ (it’s always so hard to know what to say when you ‘meet’ someone you actually know already).

Thank you so much for the interview. It was great to finally meet you in person. I hope you will come again next January!