Today we chat with Jenny Rohn, editor of LabLit, blogger at Mind The Gap and the editor of The Open Laboratory 2008.

Welcome to A Blog Around The Clock.

Thanks for having me! I’m in exalted company.

Would you, please, tell my readers a little bit more about yourself? Where are you coming from (both geographically and philosophically)? What is your (scientific) background? 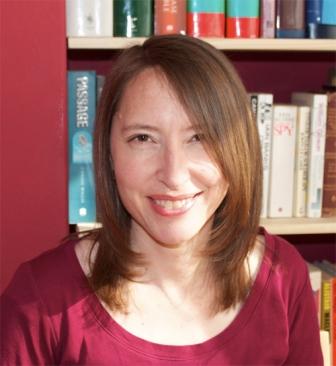 I’m Jenny, and I am a little hard to describe. Primarily, I’m a scientist. For the day job, I’m doing post-doctoral cell biology research at University College London, studying the genetics behind cell shape and movement. But I also do lots of other things on the side. I write novels about scientists (‘lab lit’), I blog about the scientific life at Mind The Gap, and I write articles, columns and essays for various newspapers and publications. I also moonlight as a freelance science journalist, mostly short news pieces. I do a bit of broadcast work and public engagement – BBC radio, podcasts, working with kids, sitting on panels, that sort of thing. And my baby is LabLit.com, a webzine about science, culture and literature that’s been going since 2005. I was born and raised in America, but I left in 1997 for my first post-doctoral stint and never looked back. Just recently I became a British citizen, so now I have dual nationality.

My career started out perfectly normally, and then it all went horribly wrong. I did all the usual geeky things you need to become a successful scientist: wore thick glasses, sat in the front row and got straight A’s in school; went to a good university (Oberlin College); and a good graduate school for my PhD (University of Washington, Seattle). I was totally on a conveyor belt. I worked the requisite 80-hour weeks all through grad school and ended up with something like 8 first-author papers on feline leukemia virus. I was the cat virus woman! My first post-doc, in the lab of Gerard Evan in London, seemed to be carrying on in that tradition – it was a famous lab working on apoptosis (cell death) just when it was getting hot, and I’d inherited a project that had recently earned a Nature paper. Things were rolling along – and then Gerard decided to move his lab to UCSF. Disaster! I’d only just moved to England and was loving it; I didn’t want to go back.

My partner at the time ended up landing a post-doc in the Netherlands, and I felt I had to follow. So I answered a job ad for a senior scientist at a tiny start-up biotech company in Leiden that seemed made for me: they needed a virologist to work on cancer and cell death: it was the combination of all my experience in one job. It was really brilliant while it lasted. I ended up leading a team of eight people and doing a lot of fascinating translational research in collaboration with Schering, a big German pharma; I was finding drug targets, writing patents, and doing all the cool biotech stuff, but at the same time the labs were incubated in Leiden University, so I was participating in academic life too. It was stimulating and fulfilling — and then the company went bankrupt, pulled under by shareholder bickering. And I found myself out of a job and on the dole in Amsterdam.

I’d already started writing novels after moving to the Netherlands, but suddenly I had a lot more time on my hands. I finished a second one and started in on a third. I found a London agent, but she was having problems selling the first book because of its scientific themes. They eventually sold and are now published, but only many year later. If anyone out there is interested in a couple of entertaining tales about scientists in action, do check out Experimental Heart and The Honest Look, both from Cold Spring Harbor Laboratory Press!

That whole strange spring and summer, I tried to find a job and I wrote like crazy; I almost felt I was going mad sometimes. Being unemployed after being so career-kamakaze for so long was utterly bewildering and disorienting. I started to question everything about myself – my self-esteem plummeted. There were no jobs. Finally, I took the decision to leave research and took a position as a lowly assistant editor at BioMed Central, the open access publisher. This was pre-PLoS, and hardly anyone had even heard of open access. I visited hundreds of labs around the world, trying to convince famous scientists to submit their precious papers to this completely obscure and unknown journal. Needless to say, charm was not enough. I moved on to a chemistry society after that, managing its five peer-reviewed journals, but I missed research more and more and eventually cooked up a way to return. Now I’m nearing the end of a career re-entry fellowship from the Wellcome Trust and wondering if I’ll be able to stay in science when the money runs out.

I also started dabbling in politics last year, founding Science Is Vital, a grassroots organization formed to persuade the British government not to implement the drastic cuts to the science budget that it was threatening to. We had only six weeks to make a difference, but we ended up with 33,000 signatures on a petition, 2,000 demonstrators at a rally in Central London, 110 Members of Parliament signing our early day motion, hundreds of pieces of news coverage, and a packed lobby day in parliament. It was an amazing feeling to see so many scientists waking up from their usual apathy, and a number of credible sources credited our campaign as making a real difference to the eventual outcome (a cash freeze for science). Science Is Vital decided to stay organized and we plan to fight against any threats in the future.

At the moment, I’m obsessing about how to land a job next year and stay in scientific research. With the current economic climate, and a rather unconventional CV due to my career break, it’s not going to be easy to find something. I’m in my 40’s so I’d prefer not to do yet another post-doc. But four years, the length of my career re-entry fellowship, was not quite enough time to get up and running and develop a mature line of research beefy enough to found a lab on. I have good ideas, data and collaborations, and I think I’ll manage to swing something. But it is a very anxious time for me. The common sense part of my head urges me to leave research for something more stable and predicable — I even get occasional job offers outside of science. But at the moment, I’m not ready to give up the dream, so I’m not going to blink until the final hour.

I know I’m not the only post-doc facing these barriers, so in recent months I’ve become interested in the idea of lobbying for an improvement in the career structure for scientists. I’ve talked about it recently in an op-ed in Nature and am in discussion with various groups and stakeholders about what we might do about it in the UK. One of the joys of living in such a small country is that you have greater access to the sorts of people and processes you need to make a difference.

I’d like to see more scientists telling their stories online – not, actually, details about the facts and figures of what they are studying in the lab, but more about their lives in science, the processes of science, what goes on in their day-to-day work. The fly-on-the-lab-wall account. I think if more people understood what our job really entailed, and what the scientific method is, and that it’s practiced by actual human beings, there’d be more understanding and acceptance of science as a whole. This doesn’t have to be blogging – it could be tweeting stuff from the lab, or making lab video diaries and sticking them up on YouTube. Not everyone can write, but I think everyone has a story to tell. Stories are powerful mediators of change. It’s the same reason why I think we need more scientists in novels and films and other sorts of fiction: it’s a wonderful stealth communication medium.

My blog isn’t there to facilitate or transmit my research results, as I’ve said. It’s there to illuminate my scientific life. But since I’m a writer and a novelist, my blog and Twitter have become very important for self-promotion. (I feel as if Facebook might be on the way out, at least with my network. All the important conversations now seem to happen on Twitter, or in the comment threads of blogs.) And I’ve made lots of useful contacts that way. I can’t imagine a world without Twitter, now. And Twitter was absolutely instrumental for the success of Science Is Vital – we never could have got 33,000 signatures, or a few thousand scientists at a demo, in 4 weeks without it. Malcolm Gladwell thinks Twitter couldn’t start a revolution, but I think we proved him wrong.

When and how did you first discover science blogs? What are some of your favourites?

I was a real late-comer – I didn’t start blogging until 2007. My life is so out of control and busy that I tend only to read blogposts that are highlighted on Twitter and catch my attention – so a wide variety but not much regular loyalty. I love my new home on Occam’s Typewriter and my fellow bloggers there – it’s a relaxed and friendly environment, so do check us out. I avoid blogs where the authors or commentors are nasty or rude – I have enough stress in my life without voluntarily courting more. I like it if people disagree, but if they can’t do it with respect and courtesy, I’m not interested. I’m particular not interested in people who are nasty or rude behind a pseudonym – I understand why some bloggers need to be anonymous, and totally respect that, but for that subset who are going to be offensive, I see the pseudonym as just being cowardly. It’s really easy to be be nasty when you’ve not attached your name or reputation to that view. And does being nasty really achieve anything? Does it persuade more people to your side of the argument?

What was the best aspect of ScienceOnline2011 for you?

I met so many amazing people – including you, at last! At the end of the day, it’s all about the people.

Thank you so much for the interview. It was great to finally meet you in person after all these years! I hope to see you again soon, and at ScienceOnline2012 in January.