Scienceblogging: Field of Science – a Q&A with Edward Michaud

This is the series of interviews with people doing interesting things in the current science blogging ecosystem.

Today I got to ask Edward Michaud from Field of Science a few questions.

Hi, thank you for taking your time for answering a few questions about the past, present and future developments of the science blogging ecosystem. Let me begin with you – can you tell our readers, please, who are you, where you come from and how you got into science blogging? 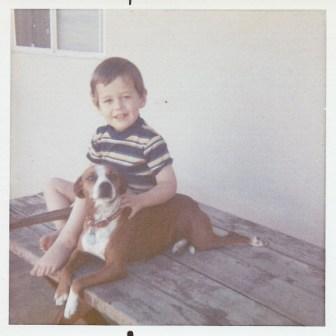 My professional life is wholly separate from my passion for science and web development, so to best understand who I am and where I come from in relation to Field of Science, it seems more appropriate to tell the story of how I came to found it: ’00-’05: The best science blogger I know doesn’t blog and rarely writes about science. She posts anonymously in a forum that will remain unnamed. Hers is by far the fittest intellect I have ever encountered. I spend the first half of the decade in the online company of this person and others of her ilk (i.e. people smarter and better educated than I). … ’05-’08: I take note that the Internet helps those who help themselves. Given how much I enjoy the medium, I try my hand at it. Soon after I conclude that web development is my cup of tea. … ’08-Present: With tried and tested skill set in hand, I decide it’s time to quit messing around and try to create a space that will hopefully appeal to the people I find most interesting–scientists–all while betting that on the Internet, nobody knows I’m a dog. That space is Field of Science.

Everyone seems to agree that the summer of 2010 saw some big and important changes in the science blogging ecosystem. What are your own thoughts on this? Where do you think it will go next, over the next couple of years?

For the science blogger, it truly is a new day (even though it might not feel like it). From idealistic newbie to cynical seasoned pro, if there was ever a time to blog at your best, this next year is it. A new world of science blogging just opened up, so not only is there new territory full of unoccupied niches waiting to be filled, the old world order no longer rules the day.

Competition is key, and in that respect the schism (a mistake) is the best thing to happen to science blogging since, well, ScienceBlogs. My take on where things go from here starts with the new, more diverse science blog network landscape.

I suspect that the sudden valuation of science blogs is a bit of a bubble in that the credibility the corporate publishers think they’re buying with their science blog networks can never truly be quantified, leaving them perpetually vulnerable to the subjective whims and prejudices of the next Owner, Editor, Department Head? I expect to see some of these networks fall innocent victim to buyer’s remorse.

Fortunately for the commercial networks, they won’t be struggling to justify their existence in a corporate echo chamber. In the newly competitive environment: flexibility, freedom to experiment and test new/fresh ideas, and simple numbers give the noncommercial networks a substantial advantage over their more top-heavy, structurally and financially constrained corporate counterparts. The commercial networks that prove the most successful will likely be the ones not too proud to follow the lead of the innovative collectives and nonprofits, because they are the new proving grounds, and where the next “elite” science bloggers will cut their teeth.

At some point during the summer ScienceBlogs stopped being the center of the science blogging universe. That’s a fundamental break from the past, and as a consequence the future of science blogging has been unstuck with the spotlight now on change and innovation. The power is back in the science blogger’s hands. An example of this new power would be supporting the elite science bloggers at their commercial digs by a) reading them and b) linking to them when they’ve said something right, wrong or worthy of note. The reason for this is as I mentioned above, it’s hard to quantify the “authority” a science blog network gains a publication, but traffic and pagerank are measurable, and if the science blogging community supports its lucky elite, then two things happen: those commercial networks grow (read: more room at the top), and presumably scientific literacy increases, which is good in and of itself, but also happens to be the best way to grow the audience for science blogs everywhere.

How do you personally read science blogs? Do you use feeds, or social networks, or some other ways of keeping track of the science blogging world? How do you find new blogs?

I use feedreader because I’m old school like that. I’m also no stranger to Twitter, but because it’s still new school, I can’t really admit to using it just yet.

Where do you see Field Of Science within the global science blogging ecosystem – what is its position, how does it differ from others, what unique service does it provide?

Field of Science is a big tent, from the occasional blogger who wants a larger audience for those rare posts, to the frequent science blogger who has their sights set on bigger things, it exists to serve its bloggers whatever their aspirations.

Otherwise, my vision of Field of Science is always that of a patient and thoughtful science tribe that excels at finding and promoting voices in science.

What is next for Field Of Science?

I’m currently bouncing between redesigning the main page and the standard template for blogs, as we’ve outgrown out last design. I’m looking at the problem from the perspective of future partner networks as well. That is, creating an architecture that can be shared across multiple science blog networks. I’m also working on the problem of preserving a blog’s individual character while still delivering the benefits a network.

Thank you so much for your time. I hope you and some of your bloggers will be able to make it to ScienceOnline2011 in January so we can continue this dialogue in real life.

Name of the site:
Field of Science (FoS)

Maximum number of bloggers in the history of the site:
13

This entry was posted in Blogging, Scienceblogging Q&As. Bookmark the permalink.

4 responses to “Scienceblogging: Field of Science – a Q&A with Edward Michaud”